My favorite scholar, Abdul Kalam (15 October 1931 – 27 July 2015), is a role model for today’s young India. It inspires Indian youth to dream big and achieve their goals. Teenagers admired him for his modesty and greatness of spirit. He is also known for his optimistic attitude, which is commendable because his rise out of poverty to become president of India has had a huge impact on the Indian public. Dr. Abdul Kalam came from a poor family and became president of India. It is because he has dreamed grandly and has been brought up with the right moral values that every child should be taught so that he or she can lead a good life. He encourages his disciples to do the same. 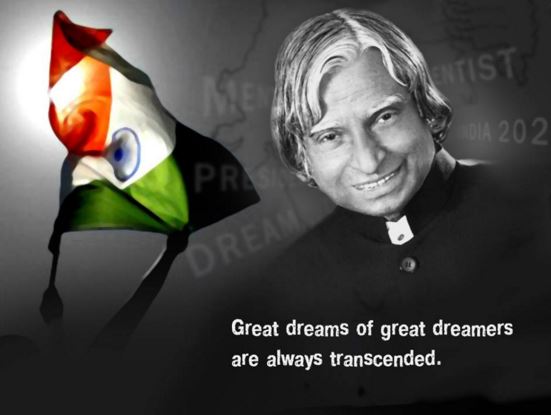 Dr. A.P.J. Abdul Kalam is a motivated man, he is widely known as the president of the people because of his mastermind and efforts to achieve India’s nuclear status are on the world stage. He learned to broaden his knowledge and to guide the youth with his always-inspiring thoughts. He is known as India’s Rocket Man for his hard work in improving ballistic missiles, including missile and space technology. It is important to understand the man you admire, how he fought to achieve his goals, and his history of victory.

Abdul Kalam is my favorite scientist

After graduating from the Madras Institute of Technology, Kalam worked as a scientist at the Aerospace Development Institute of the Defence Research and Development Organization (DRDO). He started his career designing a small hovercraft but was not convinced of the decision to join DRDO. Kalam was also a member of the INCOSPAR team led by the famous space scientist Vikram Sarabhai. In 1969 Kalam was transferred to the Indian Space Research Organisation (ISRO), where he served as project manager for the first Indian launch vehicle (SLV-III), which successfully launched the Rohini satellite into orbit in July 1980; Kalam had started an expandable launch project separately at DRDO in 1965. In 1969 Kalam received government approval and expanded the program to hire more engineers.

From July 1992 to December 1999 Kalam was senior scientific advisor to the Prime Minister and secretary of the Defence Development Organisation. It was during this period that the Pokhran II nuclear tests were carried out, for which he bore great political and technological responsibility. Kalam was also the main coordinator of the project, together with Rajagopala Chidambaram, during the testing phase. Kalam’s media attention during this episode made him the most famous nuclear scientist in the country.

Why is Abdul Kalam, my favorite scientist?

Mr. Kalam is my favorite scientist because he has performed all his tasks efficiently. Not only was he a great scientist, but he also proved to be a very responsible president. He was a genius and, more importantly, an extraordinary human being. His writings and speeches have inspired many people. He touched the lives of everyone who worked with him. He was everything the country could wish for.

Questions about my favorite scientist

How to Find and Choose Undergraduate Scholarships