The modern history of India

The arrival of the British in India

The modern history of India as a whole refers to the period of colonial rule over India. The arrival of the British in Indian territory around the 17th century. The 16th century can be considered as the beginning of the modern era in Indian history. For two centuries, the English exercised absolute dominion over Indian territory until the hell of the freedom fighters drove them out. The two hundred years of his reign not only affected political and economic issues, but also contributed to important changes in education, society, and customs. 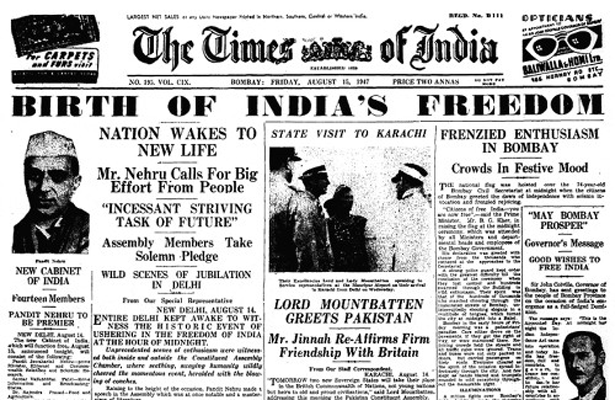 However, the British were not the first foreign powers to set foot on Indian soil. In the last years of the 15th century In the middle of the 17th century, the Portuguese surveyor Vasco de Gama reached Calicut in South India. Since then, the French, Dutch, and then English colonizers have undertaken an expedition to India, a land of immeasurable wealth and possessions. Back in the 18s. In the 19th century, the British Empire had recognized its supremacy in India. The vast Indian territory was characterized by a total lack of unanimity among the independent rulers, of which the British took full advantage. The situation was further aggravated by the fall of the Mughals in 1739 and by the continuing rivalry between the various ruling houses of the Indian provinces who sought to establish their own supremacy. Some of the most dominant ruling clans in India at that time were the Marathas, Haider Ali and Sultan Tipu Mysore, the Nawabs of Bengal, and the Sikhs under Ranjit Singh. The British encouraged rampant commercial exploitation to exercise their dominance, and soon the policy of annexing the British East India Company led to the manipulation of the British Empire as the ultimate power.

While the British left no stone unturned in determining their pressure on the Indian people, they were also heavily involved in bringing about certain changes in education, culture, and society. It was primarily an outline of their cultural imperialist plans. Macaulay, an eminent member of the Council of the Governor-General, in his Minutes (1835) scorned the writings and wealth of information that India loved and called for the introduction of English education, which he considered supreme and obligatory for the barbarous Indians. However, famous pedagogues like Raja Ram Mohan Roy and Ishwar Chandra Vidyasagar helped the intellectual currents of Western education to infiltrate ancient Indian writings and literary works. It was in the late 18th and early 19th centuries. It was in the 19th century that some of the most important educational institutions like Hindu College and Presidency College were established in Bengal. This period is often called the Bengali Renaissance. However, the spread of education was overshadowed by the spread of Christian religious doctrine, with Christian missionaries charged with the task of developing education.

Education for women has been promoted by Vidyasagar, who has established about 30 schools for women in Bengal. Social reformers like Ram Mohan Roy played a crucial role in the abolition of sati (1829) or the tradition whereby women give their lives on the funeral pyres of their husbands. In 1856, the law on the marriage of widows was passed by the British government under the patronage of Ishwar Chandra Vidyasagar.

The 19th. The 19th century witnessed massive struggle and unrest among the peasants against the British colonizers. Unable to resist the backdoor of the British, the citizens of India took up arms against the colonizers. The Indigos Rebellion of 1860, the Santal Rebellion (1855-56), and the Deccan Riots (1875) were among the best-known peasant movements, and these protests eventually culminated in the Rebellion of 1857, traditionally known as the Sepoys Rebellion. Some of the most important leaders of the nationalist struggle in the 19th century. The most famous from the 20th century are Rani Lakshmi Bai of Jhansi and Tatyana Topa. This nationalist momentum further increased with the birth of the Indian National Congress in 1885. During this period, several literary works were written and performed to condemn the actions of the British against the Indians. With the introduction of the Dramatic Works Act (1876) and the Indigenous Language Press Act (1878), which restricted the freedom of the press, regulatory measures were taken against these practices. The proposal for the partition of Bengal in 1905 was the last straw that broke the bucket among the Indian citizens.

The nationalist struggle of the twentieth century was led by eminent personalities like Sardar Vallabhbhai Patel, Bhagat Singh, Bal Gangadhar Tilak, Khudiram Bose, Lal Bahadur Shastri, Netaji Subhash Chandra Bose, and Mahatma Gandhi. A number of nationalist associations such as the Khilafat Movement, the Non-Cooperative Movement, the Civil Disobedience Movement, and the Leave India Movement have joined the call for freedom.

Finally, on the 15th in August 1947, after centuries of dynamic struggle, India gained independence and was freed from the shackles of British colonial rule. The partition of India is completed and Pakistan is established on its northwestern border. Jawaharlal Nehru was sworn in as the first Prime Minister of independent India and the country was recognized as a sovereign secular socialist democratic republic with the implementation of the Constitution of India.

Nursing Course After 10th & 12th In India – A Complete Guide